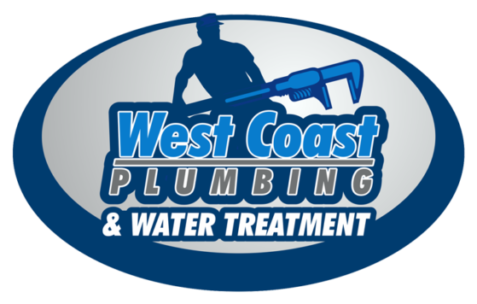 Home / BLOG / Plumbing / How reliable are the pipes in your house?

How reliable are the pipes in your house?

﻿“Polybutylene,” if you live here in Southwest Florida, this word is a dirty word. Something you never want to hear if you are in the process of buying a house, that’s for sure. And if you own an older home, at least one built between 1978 and 1995, you definitely want to be sure that it does not have this type of water supply piping system. Because if it does, and you want to sell that home, those pipes will have to be replaced. And even if you are not in the process of trying to sell the home, there’s a very good chance you’ll still have to replace those pipes, as they degenerate and cause leaks. But let’s look at what this type of piping is, and why it’s bad for your home.

According to the website www. polybutylene.com, Polybutylene is a form of plastic resin that was used extensively in the manufacture of water supply piping from 1978 until 1995. These are typically gray or white in color with a dull finish. Due to the low cost of the material and ease of installation, polybutylene piping systems were viewed as “the pipe of the future” and were used as a substitute for traditional copper piping. It is most commonly found, right here where we live, in the “Sun Belt” where residential construction was heavy through the 1980’s and early-to-mid 90’s. Industry experts believe it was installed in at least 6 million homes, and some experts indicate it may have been used in as many as 10 million homes. Most probably, the piping was installed in about one in every four or five homes built during the years in which the pipe was manufactured. To discover if you have this type of piping in your home, you can look near your water heater, or look at the pipes that are coming out of the walls to feed your sinks and or toilets.

Unfortunately, it was later discovered that this type of plastic reacts negatively to water-soluble oxidants (like chlorine) and over time will deteriorate, flake and become brittle, causing it to fracture. This results in the fracturing of the indoor surface area of the pipe, which permits even more degeneration. When leaking occurs with Polybutylene pipe, it is usually extremely serious due to the fact that the deterioration of the pipe takes place from within, and is often not noticeable on the outside of the pipe. Poly pipe leaks are unforeseeable and there are no signs to warn you of an upcoming leakage or pipe burst. Thus, the system becomes weak and may fail without warning causing damage to the building structure you’re your personal property. It has been determined that poly piping is not reliable under any condition. If a pipe has actually been leaking for some time without your knowledge, severe structural damage to the house can result, making repairs very difficult.

In the 1980’s litigations over leaking plumbing due to Polybutylene pipes began in California and Texas. The eventual Class Action settlement of $1 billion (Cox v. Shell Oil) in 1995 was enough to ensure that Polybutylene water pipes were no longer acceptable by U.S. building codes. It takes about 10-15 years for Polybutylene piping to deteriorate. Because it deteriorates from the inside out, it’s difficult to assess the extent of the damage. At West Coast Plumbing and Water Treatment, our licensed plumbers can fully assess the water pipes outside and inside your home to determine the material and age of the pipes.

Unfortunately, if there are polybutylene pipes within your home, or leading into your home, the best course of action is to have us replace the pipes entirely. At West Coast Plumbing and Water Treatment, our expert plumbers can assess the current plumbing, replace the pipes and expertly patch up any holes.

There are many things that affect the cost of replacing polybutylene plumbing like: Availability of the existing water lines, the ability to reroute the brand-new water lines to each component. However, none of these will be as costly as a pipe, fitting, or valve that has actually failed and leaked causing damages in your house. According to www. polybutylene.com, replacing poly pipes cost about the same as recarpeting your home or putting on new roof shingles. And you may want to consider this as well: In general, real estate agents say that homes with poly sell for less and take longer to sell. Frequently, a home inspector flags the problem, and you will be forced to replace the pipes before closing on the home. This is because these types of leaks can cause structural damage to the home.

Brian is a Fort Myers Native and has been in the plumbing field for over 15 years. After learning the trade of plumbing as a young man, he worked for a large reputable plumbing company in Fort Myers for several years as a service plumber. He began his own water treatment company and at that time became, a State Certified, Licensed Plumbing Contractor. West Coast Plumbing has been a successful company for the past several and will be for many years to come.

Hugh retired to Florida after owning a plumbing company in England. He has a lifetime of experience and has become an asset to our company. We highly value his experience and look forward to learning from it.

Cody has been a part of the West Coast Plumbing team since 2014 and has developed many skills since. He has become our water treatment specialist & installer, and maintains several commercial accounts. Cody is also a well-rounded plumbing technician, and commercial plumbing installer.

Stephanie has been in the plumbing business since 2003. Previously working for a reputable Fort Myers plumbing company as the new construction assistant manager. Stephanie has been a part of the West Coast Plumbing team since 2011.